I can remember when I was a young girl thinking that the worst thing that could happen to me would be to have a child that I couldn’t support, because I was really worried that I would end up as resentful as my mother was. I couldn’t imagine my body growing, I couldn’t imagine having to feed myself let alone be responsible for another human being.

Went my younger brother was born I love him so dearly that I would have nightmares about his safety. He is nine years younger than I am. I remember my youth being spent worrying about his choices in life and I couldn’t imagine how much more magnified that would be if I had a child of my very own.

At the age of 22 I became involved with a man who didn’t want me because he was Jewish and I wasn’t. I was really in love with the man. After a year or two dating this Jewish man we decided to call it and ended our relationship. I began to date another man who I didn’t really care about because I had lack of confidence, but i developed an intimate relationship with him. Unfortunately about a month later I realized that I was pregnant. Not knowing who the father was my fears were magnified.

I contacted both men and I told them what I had done. Both of the men thought that I should have an abortion. At that time I suppose if I was honest with myself, it would admit that I too wanted a way out of the situation I have got myself into. I was alone, I had no money and I had no transportation. How in the world was I going to raise a child?

About six weeks later when I was trying to decide and make up my mind, I was stopped at a stoplight a block from my home. I was crying pretty hard about the pain that I had caused everybody. I wasn’t paying much attention and a renegade truck with an uninsured drunk driver hit me from the back going approximately 95 mph. Needless to say, when I ended up in the hospital it was explained to me that an abortion was my only option for my own survival.

I remained single for almost a decade after that accident. Every single day of every single year I thought about that unborn child. When I met a man that I would date I would never let them know about my shameful secret. I lived with the guilt silently and painfully for very long time.

I met a wonderful man when I was almost 30 and within the first three months of our relationship I had gotten pregnant again. I was determined not to even think about the word abortion! I was in a better place because I was confident that I could take care of myself. I was sure that the man that I had chose to be intimate with was a good choice in character. I wasn’t in the same emotional, physical or intellectual state of mind that I was the first time I had gotten pregnant.

A month later the man I was in love with proposed and we got married. Just a short while later my daughter was born. I looked into her face and realized what a blessing she was, and for the first time that fear rushed in. I was terrified that I wouldnt be enough for her. She was so tiny and so delicate and I instantly became protective! I’ve vowed nobody would hurt her. And I knew that I had taken on a responsibility far greater than my own worthiness. I had been given a gift by God and it was my responsibility to bring this child up in such a way that she could be independent and happy as an adult. I was up to the challenge and ready to move forward.

In the toddler and baby years of my daughters life; I spent the entire time in all of the miracle that the innocence of a child can show a person. I learned very quickly that if my life became tough, all I had to do was put myself around a small child and a smile would soon appear on my face. There is something so remarkable about the investigation and the questions of the innocent approach to life the child brings to the family.

The age of five she was a people pleaser. At the age of eight she was anxious and trying to find her place in our family. If the age of 12 she wanted to put on makeup. But the age of 14 she wanted to know what it would be like to have a boyfriend. All through high school she struggled with inter personal relationships. Every single day was a lesson. It was an adventure!

Raising her was different than my son who was born a year after her. She is like me. I knew how to handle every piece of advice. I knew what to expect. I knew what she was going to go through. And I was ready for it. And it was an exceptional experience that improved with her age. Even now as she matures into an adulthood and leaves the nest she is absolutely adored.

When I had my son I knew what a treasure he was going to be. I had more confidence that I could manage his welfare. I was sure that I would teach him to play sports and I would teach him how to treat a woman. And I was up to the task again.

Nine months after my son was born I knew that there was a problem. I knew that he was different than any other child because he had regressed into his own mind. I thought something tragic had happened in daycare, or that something had happened when I had left them in another’s care. But that wasn’t the case. It took almost 12 years of struggling and testing and encouragement and therapy to get a diagnosis of autism. When everybody said that I was a terrible mom because he acted the way he did because of who I was. I cried a lot. But every time he would come into the room he would shine his uniqueness and I knew that I was destined to be his mother! I would be the fighter, the challenger and the ultimate cheerleader.

That boy is 17 now and he is fully functional. When the doctor finally diagnosed him, he said that he had never seen an autistic boy who is so far gone so mainstreamed without professional assistance. I had to smile because to me it was not a chore it was not an obligation… it was an honor!

I look at my life over the last 20 years and I realize that my greatest gifts come from the greatest moments I had in my life. Those moments have been with my husband and my two children. I cannot tell you what it’s like to have a child. But I can tell you that there is absolutely no love greater than the love and adoration a mother feels for her children. It’s an unconditional love. It’s a realization that in the past 20 years I have been so extremely blessed with remarkably individual and unique kids.

I may not have a stellar career in writing. I may not have friends that have stood by my side all these years. I may not have the houses that I once lived in or the cash that I used to have. But as I look forward into the next century of my life, I realize that the value of my life was in the little moments of joy and laughter and hope and encouragement and sharing of experiences with the people in my life who mean the world to me.

I guess what I wish is that all mothers get a moment to feel exactly the way that I do at this time in my very own moment. Because there’s no greater feeling in the world than knowing that you did your best. That you’re best made a life for the next-generation. That generation is the direct reflect on the positive influence that you had. Your kids are grown. They are safe. They are self-sufficient individuals who are capable of being independent happy people. They believe in God. They believe in love. They believe in justice. They believe in opportunity! I did my job and I’m proud of the work I’ve done. Moreover I’m blessed to have been given the opportunity to have such a tremendous life with two beautifully exceptional children!

For more please check out inspirational messages through http://www.RebaNietert.com and to purchase any of my books please visit http://www.rebeccanietert.com/store. Thanks so much for listening. 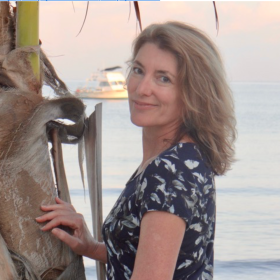 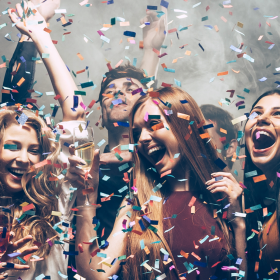