In writing my character of the latest book, “Provocative Confessions,” I realized that I was trying really hard to explain why my heroine’s confidence was so badly shaken.  She has to learn that she’s always had the courage to live the life she wants. Something that oddly my readers have remarked, “she keeps doing over and over.”

One of the things that is apparent to me, is that change of ourselves is the hardest thing to do.  We hold these lies to be our truth, and those lies come from the people who have promised to adore us, but hurt us the most.  It’s no wonder the fear takes root and sometimes getting to the courage is harder than it may seem. Further most of us don’t really show our vulnerability and so we fight that battle alone.  The sense of unsureness, or that ever looming self doubt that sometimes stops us from having what we want the most.  In fact it seems that the very thing we fear, is exactly what we cause to happen.

A friend of mine, declares.  She has a wicked sense of justice and a strong understanding of biblical principals. I’ve learned that it is her opinion that people declare what they want in their lives, and in doing so get what they spend the most energy on.  Thoughts become our actions, our actions become our character, and so on.  Thank you CK, your steadfast maturity has really brought me to greater understanding, and I am profoundly grateful, you don’t hold me in contempt for my humanness. Your non-judgmental approach is epically refreshing.

Websters Dictionary says that “Brave” means “adjective, brav·er, brav·est. 1. possessing or exhibiting courage or courageous endurance. 2. making a fine appearance. 3. Archaic. excellent; fine; admirable.”  While I believe that is true, I think that to me Bravery is an action without thought, based solely on instinct and action.  It’s in the moment action, not well thought out or even bias.  It’s pure adrenaline induced.

My character is not brave. She’s thoughtful, and she’s complicated. She has a lot fears because she’s been hurt a LOT.  She’s been moved from the only place she felt she truly belonged into a world she thought she’d left behind. The north and the cold and the contemptuous people who live in it.  When she found herself back the midst of the friends who promise loyalty but deliver only betrayal, well, it’s more than shaken her confidence in her natural instincts. It brought her back to an brokenness she thought she’d left far behind.  She must learn that the courage is in her, she just has to choose it over the fear to perceive her life in the way she needs to find ultimate joy.  Only then can she live the life she wants on her own terms.

The dictionary says the word, “Courage,” is  a noun: “1. the quality of mind or spirit that enables a person to face difficulty, danger, pain, etc., without fear; bravery. 2. Obsolete. the heart as the source of emotion.”  Yes, it’s a noun verses an actionable reaction.  To me, that means that the 35 verses of courage that I know of in the bible (all of them) mean that overcoming fear is what we need to do.  Yes, “Bravery” to act on that choice is the last action, but courageousness comes from making a conscious choice to overcome that which as spent a long time torturing your mind and robbing you of your joy.

When I write my characters, I am constantly and acutely aware that each of us has all the good we could possibly see in each other.  I am also equally aware that just as we see what each other want us to see, something deep inside is lurking.  Some lie we’ve told ourselves. Some comparison we’ve just made.  Some shortcoming that we’ve indulged in. We all do it.  We all have that in us, even those who boast they do not, trust me they do.

Today as I close the chapter in this book and thereby get to the ending, hopefully helping my readers understand that the perfect season doesn’t last forever.  Life takes it’s ugly hand and events happen beyond or understanding or control.  I hope that in this new book, you can see the growth of Beverly through her self doubt, and fall in love with her again as the courage bubbles up.  She gets justified results from the women who have treated her in the worst of ways, and ultimately she falls back in the arms of her husband who miraculously ends up saving the day. Of course, we all have to believe in fairytales, miracles, and happily ever after… Well, at least I do! 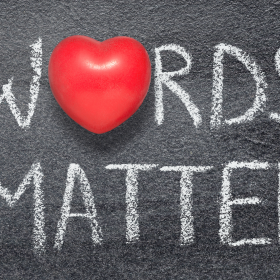 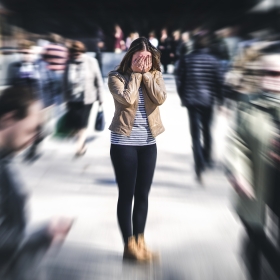